Diversity in Session Names for 2018

Diversity in Session Names for 2018

For about ten years, the four sessions at Friends Camp have been named after famous Quakers whom we admire. In examining our session names, the Friends Camp Committee wanted to be sure we were honoring the diversity of our camper population and of historic Quaker wisdom.

We are very excited to present Lucretia Mott and Bayard Rustin as two new sessions. We admire these Friends for their work advancing racial justice and equity and for their Quaker teachings. To make space for Mott and Rustin sessions, we have retired the session names Dyer and Fox, after Mary Dyer and George Fox. We’ll still be singing the George Fox song, though—a camp favorite! 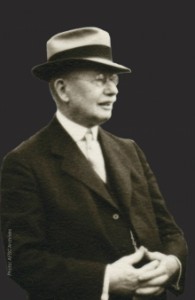 Rufus Jones (1863-1948) is a local Friend. He was born and raised in South China, within a few miles of Friends Camp! Rufus’ father was a farmer, and he came from a family with deep Quaker roots. Rufus was a student at Moses Brown School in Providence, RI, and then at Haverford College, where he later became a professor. He was a co-founder of the American Friends Service Committee and a prolific Quaker writer. He saw Quakerism more as a “movement” than a religion, and he is credited with popularizing the George Fox quote that there is “that of God” in everyone. 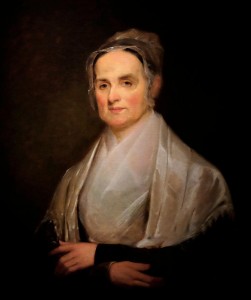 Lucretia Mott (1793-1880) was an abolitionist, teacher, mother, minister in Quaker meeting, pacifist, and proponent of equality among men and women. Born on Nantucket to a Quaker family, Mott was unrelenting in her pursuit of equality for women and people of color throughout her life. She believed that all disenfranchised people deserved the right to vote. Mott helped found Swarthmore College, and insisted that it be coeducational.

“We too often bind ourselves by authorities rather than by the truth.“ – Lucretia Mott 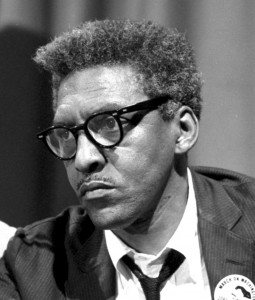 Known for his contributions to the American Civil Rights Movement of the 1950s, Bayard Rustin (1912-1987) convinced other Civil Rights leaders to use nonviolent methods and was the visionary and strategist behind the 1963 March on Washington. Because he was an openly gay man, Rustin was often silenced, abused, and fired from leadership positions. In 2013, President Barack Obama awarded the Presidential Medal of Freedom posthumously to Bayard Rustin. Rustin was raised by his grandparents in Pennsylvania and joined the Fifteenth Street Meeting in New York as a young adult.

“When an individual is protesting society’s refusal to acknowledge his dignity as a human being, his very act of protest confers dignity on him.” – Bayard Rustin 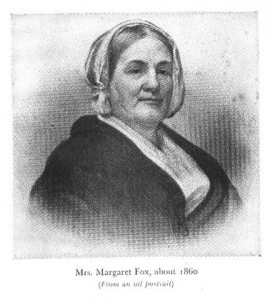 Margaret Fell (1614-1702) is often referred to as the “Mother of Quakerism.” A Friend convinced by George Fox (and who later married Fox), Margaret was imprisoned multiple times for holding Quaker worship and espousing her Quaker beliefs in England. She established the “Meeting for Sufferings,” which helped advocate for Friends imprisoned for their beliefs. She spent much of her time in jail writing books, including those advocating for the equality of women.

Check out our social media!